We took the following photos this afternoon at Floreat Beach, which has been badly eroded and in our restoration areas on the dog-beach north of the Floreat Drain. Fence poles from those areas about 1km north of the Floreat Beach playground are being washed up at the Floreat Groyne. The ramp down to the beach from Floreat SLSC has been undercut and the fencing washed away. Our 2016 restoration area north of the Floreat Drain (CMP 16) has been badly eroded with probably about 2m of dune lost to the ocean together with most of our fencing, but the damage seems limited to the washed away frontage – the planted area seems OK without significant wind damage to plants.
We put a lot of effort in 2019 into mounding and brushing after installing windbreak fencing around the area at the top end of the slip road, dog-beach track 16 (now CMP 12). The planted areas are inaccessible at present but would seem undamaged from what we can see. However, the mounds and brushes and the ends of the windbreak fencing have been removed, together with other lateral fencing north and south of the area with washed away windbreaks.
Sad to see our hard work washed away by an unusual type of storm event but we are making evident progress in revegetating the dunes in the areas shown. 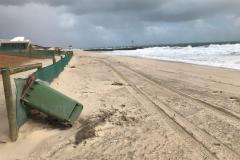 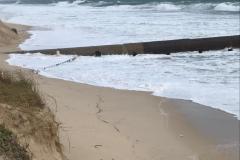 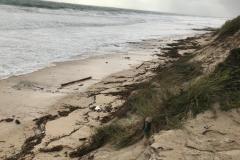 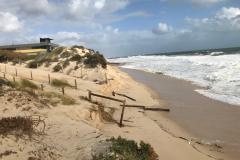 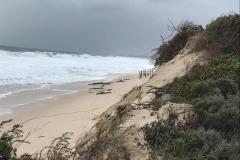 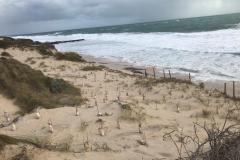 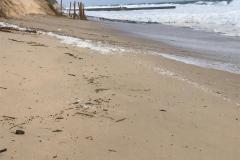 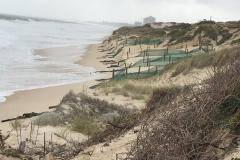 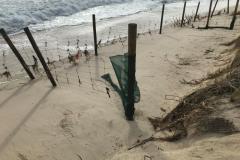 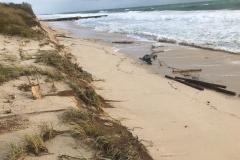